In 2012, the government-run CBSE that earlier conducted the AIEEE declared the JEE that replaced the AIEEE and IIT-JEE. The JEE-Main is for admission to the National Institutes of Technology, Indian Institutes of Information Technology, and some other colleges designated as centrally funded technical institutes. The JEE Advanced is to get the admission to the Indian Institutes of Technology. Only the students selected in JEE Main are qualified for appearing in JEE Advanced. About 224,000 students will be selected from 2018.

In 2013, the IIT Council confirmed the decision of the Joint Admission Board to continue with the two-phase JEE pattern (Main and Advanced) for IITs in 2014. Joint Seat Allocation Authority conducted the joint admission process for a total of 23 IITs, ISM, 32 NITs, 18 IIITs and 19 other Government Funded Technical Institutes.

As per the report from Ministry of Human Resource Development of Government of India, the government is considering to conduct only one basic engineering entrance test based on the policies of NEET for all engineering colleges, including private institutions, across India.

You can visit our website and read PDF, Updates, MCQ content anytime and anywhere in OFFLINE mode. In-App you can also see Board Results and notification for important updates. 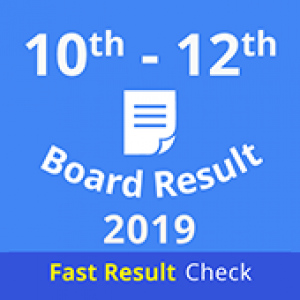 Get Notification Of Your Result & Exam Time Table/Date Sheet When It Is Out. ..