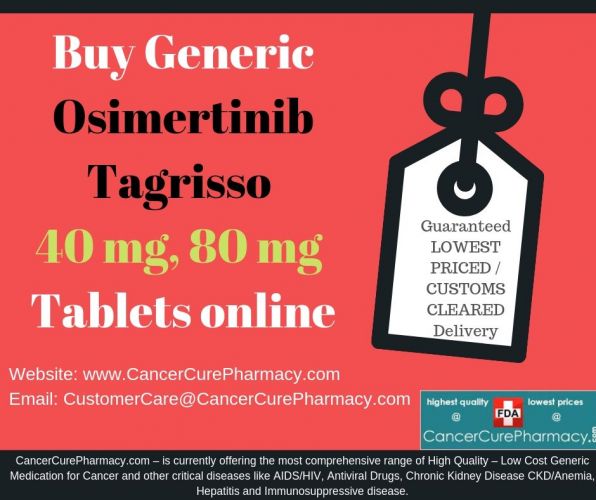 Generic of Brand Tagrisso as OSIMERTINIB and its various strengths & dosage form preparations is an antineoplastic agent, ...

Generic of Brand Tagrisso as OSIMERTINIB and its various strengths & dosage form preparations is an antineoplastic agent, prescribed for treating a type of non-small cell lung cancer with a specific genetic marker. Tagrisso / Osimertinib may also be used for other purposes as advised by a prescribing physician.

Tagrisso is a cancer medication prescribed for the treatment of a kind of non-small cell lung cancer with EGFR T790M mutation. It works by inhibiting the growth and further spread of the cancer cells.

Tagrisso is generally prescribed after other treatments have not shown successful results.

What could be the side effects resulting from taking Tagrisso / Osimertinib?

If you experience signs of an allergic reaction such as swelling in the mouth, face, tongue, throat or lips, difficulty in breathing and/or hives, seek immediate medical attention.
Inform your doctor if you have:

•    Shortness of breath and/or pounding heartbeats
•    Light-headedness
•    Rapidly gaining weight and/or swelling
•    Symptoms of worsening lung health: dry coughs, pain in the chest, wheezing and/or shortness of breath
•    Problems in eyes: pain in the eye, redness of the eyes and/or change in vision

Some of the more common side effects include:
•    Rashes, mouth sores and/or dry skin
•    Tiredness
•    Diarrhea
•    Loss of appetite
•    Infections and other problems with your toenails and/fingernails

Not all the side effects from Tagrisso are listed here. For more information about the possible side effects, contact your doctor.

What are the key things to know about Osimertinib / Tagrisso?

Taking Tagrisso can be the cause of lung problems that may even result in death. The symptoms of such problems can be similar to symptoms of lung cancer. Contact your doctor immediately if you are experiencing symptoms of worsening lung health like shortness of breath, continuous coughing and/or fever.

Taking Tagrisso can also be the cause of lung problems that may even result in death. Your doctor would check your heart functions before prescribing this medication. Contact your doctor immediately if you are experiencing signs of heart problems such as shortness of breath, light-headed" 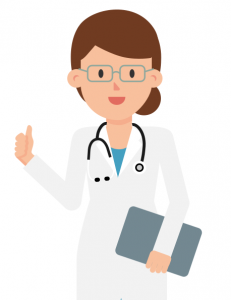 Tagrisso medication contains an active substance called Osimertinib that belongs to the anti-cancer class of medications known as a protein kinase inhibitor. This substance blocks the mutated receptor..