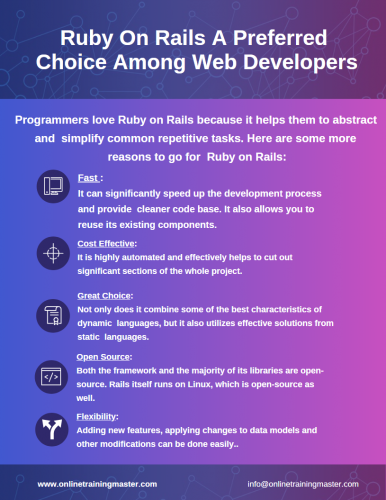 Ruby on Rails is a web application that has the framework for web development. Ruby on Rails gives developers a time-saving method for writing code.
Ruby on Rails is a web application that has the framework for web development. Ruby on Rails gives developers a time-saving method for writing code. Rails is an open-source framework for web development in Ruby programming language which is an object-oriented programming language. There are many reasons to use Ruby on Rails (RoR) for web development than any other framework.
The importance of learning Ruby on Rails:
Since the emergence of Ruby on Rails, there has been a great influence on web app development. The features offered by Ruby, like seamless database table creation, migration and scaffolding of views has helped in rapid enabling of application development. Here are some of the importance of learning Ruby on Rails.
1. Well-established code style recommendations by Ruby:
The Ruby programming language is a mature programming language and stable technology. Ruby language is a very flexible language and allows you to achieve the same result in several different ways. One of the most encouraging features of Ruby language is that it allows you to write beautiful and readable codes.
2. Active and Supportive Community:
The Rails framework has a very supportive and active community. If you face any difficulty while working with Ruby on Rails then you can easily find solutions to your problems on GitHub or Stack overflow. Ruby on Rails has got very detailed and extensive documentation which is great for the newcomers.
3. Constant upgrades for Ruby:
The Ruby language gets updates at least twice a year which makes sure that the language is evolving constantly. With constant improvement, the developers of Ruby make sure that the framework is capable of dealing with all the current technologies.
4. Less coding, more work:
The philosophy of Ruby on Rails is based on the DRY (Don't Repeat Yourself) concept. With this concept Ruby allows you to eliminate the code of repeated tasks without losing its importance. This allows to eliminate the lame task and saves your time.
5. The best option to begin with coding:
If you are planning to learn to code and are confused about which language to start with. Ruby on Rails is easy to learn and powerful technology to start with. You can find plenty of resources to learn Ruby on Rails. Also, there are active communities which can help you if you're stuck at some point.
Scope of Ruby on Rails in Future:
Ruby on Rails has been into the market for more than 10 years now. It started up as challenger and now it owns the status of the industry leader. The death of Ruby is nowhere close as the demand for the Rails developer is still huge. Several big names in the market of technology rely on it to create creative and dynamic Web apps. After the advent of Python and Java, there has been a shift in the popularity of Ruby on Rails.
Many companies are showing their loyalty towards the Ruby on Rails. It still ranks at the top positions in the global rankings. With companies like Airbnb and Shopify still using Ruby on Rails framework. It would surely be incorrect to say that RoR is at the verge of death.

Juliana is working as a career counselor from past 10 years. she possesed vast knowledge in providing career counselling to the students according to their interests.
ruby programming   swift training   python training 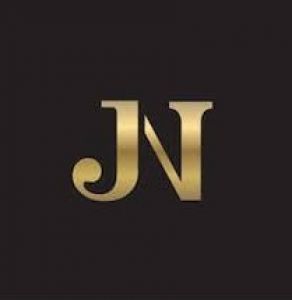 The entire process of software development lifecycle includes several steps and stages. Ensuring that the software app being developed is free of bugs, code errors and technical glitches are crucial f..