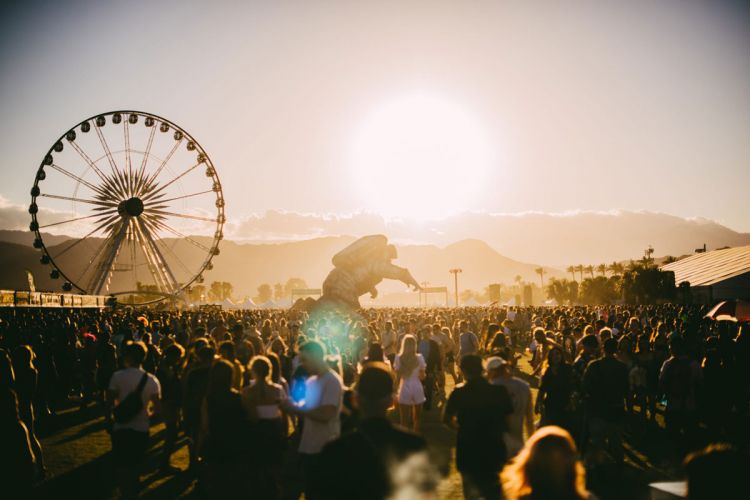 Over two weekends in April, Indio, California is transformed into a mega cultural and entertainment hotbed by Coachella.

Over two weekends in April, Indio, California is transformed into a mega cultural and entertainment hotbed by Coachella. The annual music festival that takes place in the desert has only gotten bigger since its launch in 1999, attracting A-list acts from Bjork to Drake to Beyonce to Tame Impala over 20 years.

The lineup for the upcoming festival was revealed last night, and itâ€™s impressive. For headliners, thereâ€™s Rage Against the Machine, Travis Scott, and Frank Ocean. Ocean, who is notoriously enigmatic, has been laying the groundwork for a comeback for a few months now starting with his club night series back in October so itâ€™s likely to culminate in something spectacular for the festival. Meanwhile, Travis Scott has been riding the high of his critically acclaimed Astroworld tour and Rage Against the Machine are icons for their defiant, political, and genre-bending rock music â€” plus, having the band perform during an election year is definitely a choice.

Coachella will take place on April 10-12 and 17-19. Tickets for Weekend 1 are sold out but stay tuned for Weekend 2 pre-sale.

Over two weekends in April, Indio, California is transformed into a mega cultural and entertainment hotbed by Coachella.
music   edm

Jewelry designer Mayara Albuquerque, or May as she prefers, is one of those people who fills everything she does with feeling and spirit, or nothing at all. Elegant and dainty, her designs are truly b..