HOME > Articles >  Travel >  Places to visit in Junagadh - The Girnar

Places to visit in Junagadh - The Girnar

These are just four I have mentioned. To summarize, Girnar was always a major attraction for various reasons.

Gujarat is known for its business acumen and industrial houses. But in recent times campaigns like “Khushbu Gujarat ki” have put the state on the tourism map. Be it wildlife, religion, history or adventure, Gujarat has it all. And to be more specific, let me share a place that offers all four reasons to visit – The Mount Girnar. It is around 300 km from Ahmedabad and is located in the Junagarh district. The place is a historical one and is famous since the 3rd century. It is a religious place for Hindus and Jains. The mountain range is older than Himalaya and is considered to be a sacred place in India.

Ashoka’s Rock Edicts - Mt. Girnar is home to fourteen of Ashoka’s Major Rock Edicts which are dated back to 250 BCE. The rocks have engravings that seem to be done from an iron pen in the Brahmi language. The historians marked it is as the beginning of the written history of Junagadh. The rock also has the inscriptions in Sanskrit added around 150 CE by Mahakshatrap Rudradaman I, the Saka (Scythian) ruler of Malwa. Those who love history, this place could be second to heaven for them.

– Gujarat is one state which is gifting Indians some new place to visit and enjoy. After the Statue of Liberty, it’s the Girnar Ropeway. The ropeway is about to launch somewhere between May and June 2020 as per the twitter handle of Udan Khatola, the company constructing this ropeway. The ropeway will connect the base to the Ambaji temple. As of now to climb to the temple, devotees need to take 5000 steps. The ropeway is going to be the most famous thing in Girnar apart from temples. Moreover, the ropeway project brings all-new excitement to the tourist visiting Junagadh. The nearby attraction Gir National Park is attracting many tourists, the ropeway would be a major attraction for them.

There is also a cafeteria being developed to serve tourists. The Girnar is getting a total facelift with the ropeway. If a few primary sources are to be believed, a souvenir shop is also lined up and will be ready by the launch of the ropeway.

Jain Temples - There are 16 Jain temples built in the form of a fort on the ledge at the top of the great cliff. But these temples are 600 feet below the highest point of Girnar. The larger J""

I am a seasoned digital marketer with experience of more than 4 years. I am writing over the internet for the last 2 years. My area of interest lies in travel 7 tourism, business trends & opportunities,  SEO, and social media marketing.
girnar   junagadh   girnarropeway 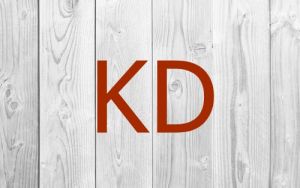 I am a seasoned digital marketer with experience of more than 4 years. I am writing over the internet for the last 2 years. My area of interest lies in travel 7 tourism, business trends & opportunitie..