React Native, powered by Facebook, is one of the frameworks for developing cross-platform mobile applications.

This framework uses JSX with JavaScript, and it comprises more features than that of other known frameworks. It is a unique platform, helping the developers to design mobile applications by using various components of React Native.

Furthermore, for its unique and distinctive features, it has turned out to be a highly preferable option to the Android and iOS developers. You can find several popular apps, developed with React Native App. Now, we have listed 11 most popular apps which are built with React Native that have gained high success.

Facebook was first to develop React Native for backing up the mobile Operating System of Apple’s devices. However, later, this framework had become usable for Android mobile app UI. The Facebook engineering team had worked continuously on React Native to get optimized benefits from the technology. With the refactoring process, they had refined React Native core parts. This effort enabled them to find an increase in performance level by 50%.

Besides, the engineers noticed that React Native smoothly blended the components, created with Swift, Objective-C, and Java. Moreover, they would be able to create a part of an app with React Native, while the other part is with the use of native code.

It is one of the latest mobile apps for Android and iOS users. The users find an interactive and streamlined UI with comprehensible personalized content, live feeds, and videos. The company has used React Native for designing this app. The engineers at Bloomberg’s headquarters have chosen React Native as a significant tool to develop the cross-platform app. Bloomberg’s senior app developer, Gabriel Lew said that they had to move their business app to React Native.

The most notable advantage, enjoyed by React Native developers, is the automation of the code and acceleration of any new product feature release. Besides, there is no need of recompiling. It is easy to reload the app instantly.

This is one of the popular food delivery apps, created with React Native. Uber designed the mobile app, UberEats by using React Native. It helps the users to avail of their preferable foods from the chosen eateries from any place. They can find out the best food options and nearby restaurants. The developers and engineers, designing UberEATS found that most of the users use mobiles for using the dashboards.

However, as the developers had originally developed the app, UberEATS for web users, they have found the potential issues of mobile users. The problem with the Smartphone users could affect the profit of the company. That is why the engineers had thought of relying on React Native for developing the mobile-friendly app.

Known as the biggest online retailer, Walmart has a notable amount of market. The company always focuses on the customers’ feedback, and it is continuously introducing new technologies. Walmart has proved innovative attitude by using Node.js for the app development. However, after a few years, they had made a shift of the mobile hybrid app into the framework, like React Native. It had resulted in a better performance standard of the Walmart app on Android and iOS platforms. 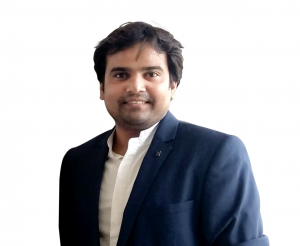 Rushabh Patel is the Founder and CEO of Siddhi InfoSoft, a leading web, and mobile app development company focused on creating experiences that connect, perform & inspire. We believe in delivering per..