HOW THE WORLD’S BIGGEST TECH COMPANIES ARE WORKING TOGETHER 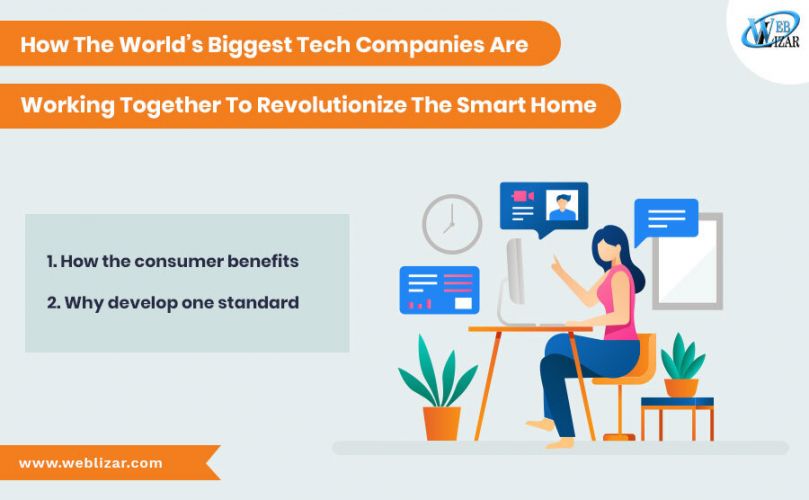 With the Technology formation of Connected Home Over IP (CHIP) and plans for universal standards, the once restrictive nature of the smart home industry looks set to change.

With the Technology formation of Connected Home Over IP (CHIP) and plans for universal standards, the once restrictive nature of the smart home industry looks set to change. Three of the world’s biggest tech giants have formed an alliance to develop universal smart home standards, allowing devices to cooperate regardless of vendor. This has many implications for consumers: a unified standard should make building smart homes cheaper and easier than ever, while also helping to address many of the security concerns associated with the internet of things (IoT).

How the consumer benefits

In many ways, this technology is the missing piece require for smart homes to reach their full potential. For the first time, smart home devices will truly be plug and play. Rather than shop based on the devices they already own, consumers will be able to purchase smart home devices based solely on the price and features they offer. The IoT plays a large role in businesses of every size but can often cause more problems than it solves when deployed on a large scale. Indeed, connected IP security systems and cameras have represented a concerning cyber security vulnerability for many years. While CHIP’s universal standard will no doubt improve the security of IoT devices, the basic problems of users not updating will still exist. IT experts Taylored Systems recommend regular firmware updates and password changes to maintain the integrity of any network. Beyond security, CHIP will enable plug and play functionality that will make installation and maintenance of these systems cheaper, easier, and faster than ever.

Why Develop One Standard

The exclusivity of smart home and IoT devices has done more than just prevent consumers from entering the market in a meaningful way. With standards differing between the many vendors, development of applications taking advantage of the incredible technology on offer has been unfeasible for many companies. A single, open source standard will allow apps to work seamlessly across ecosystems without users having to reprogram for each device, bringing down costs and allowing for increased availability and innovation. The development of a unified standard utilizing IP, rather than low power radio waves like bluetooth, is only now possible because of an improvement in technology allowing small, low power devices to use wifi.

As the IoT is expected to reach over 75 billion connected devices in the next five years, a universal standard couldn’t come at a better time. The sci-fi smart home dream of a seamless, inter-operational experience may soon be achieved. With that said, the next few years may see an explosion of device production and innovation as the industry’s barriers to entry fall under an open-source standard.

Weblizar is in the business of Making WordPress Themes & Plugin since 2010 and we provide free and affordable premium themes & plugins to everyone. Our Free Themes have received a Combined total of ov..