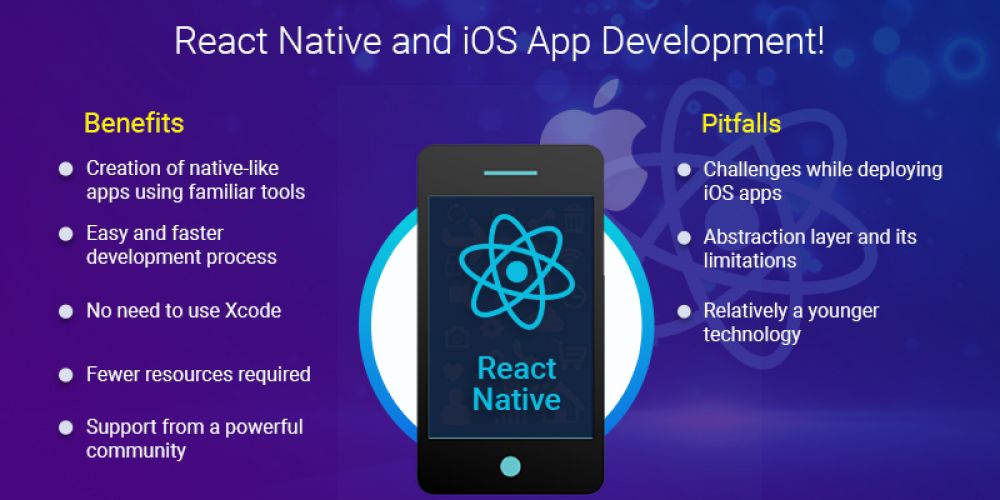 Although Swift remains the top choice for architecting fine-tuned native iOS apps, React Native too, is considered to be a highly preferred alternative for . And why not? React Native development offers myriad benefits to its users. Moreover, it is estimated by various tech experts and enthusiasts that this cross-platform framework will dominate the app development market sooner or later. Owing to this, several React Native app development services are being established across the globe at a fast pace. An increasing number of business owners are opting for React Native.

So, if too you have decided to use React Native for building your iOS app, here is a detailed breakdown of the good and the bad this framework has to offer for iOS development. Letâ€™s run through them.

The Good of React Native for iOS App Development

React Native is basically a JavaScript library of Facebook, and it uses native controls and modules for developing mobile apps. Additionally, the apps developed in React Native render their UI with the use of Native APIs. Consequently, the apps have a native-like look, feel, and performance. Also, another advantage this framework offers to the developers is the use of familiar tools, which reduces their efforts to some extent.

React Native has an easy learning curve and is quite simpler to work with. It is an efficient framework which allows easier and faster development of iOS apps due to the following reasons:

Â·         Declarative coding style which simplifies the coding paradigms and overall process by making the code easy to read, understand and implement

Shelly Megan is a Project Manager at Biz4Solutions with 14+ years of experience in Project Management, Quality Assurance and Test Management in IT-related services. She has expertise in various domains like Healthcare, Finance, Water technologies, Transportation, Telecom, etc. She has experience in defining and implementing quality management strategies to ensure exceptional delivery of software projects.
React Native app development c

We expertise in developing IoT based solutions for Logistics & Transport Industry which empower users to extend their services assured of having excellent support behind them...