HOME > Articles >  Technology >  Apex Legends Vs Fortnite: Which Game Should You Play?

Apex Legends Vs Fortnite: Which Game Should You Play?

There are more than 350 million players all over the world who use to play Fortnite. This is a huge number which is a lot more than the player count of Apex Legends.
Apex Legends & Fortnite, two most popular Battle Royale games all over the world. Which one is better between these two? Is Apex Legends better than Fortnite? If we directly answer these questions the fan base of both games may get crazy on us. But today we are going to discuss some basic comparisons that you must know between those two popular games.
If you are currently Playing Apex Legends or Fortnite & willing to play the other one then you might be eager to know the differences between these two games & also the facts that have made those games so much popular worldwide. Also if you have not played any of these games & willing to start playing one then you might know the differences between those two & find out which one is better for you. Well, keeping all those things in mind here is the comparison between Apex Legends & Fortnite.
Graphics
Graphically both games look really amazing. If you always wish to play high graphics game then those two games will be perfectly suitable for you. Both games avail FHD resolution. The details, shadow & all other things are really great. The main difference between the graphics of these two games is that Fortnite has complete cartoonish graphics & on the other hand Apex Legends focuses on more realistic graphics. Fortnite is very much colorful & vibrant that looks really cool. The trees, river, sand, mountains & all other things have an unnatural cartoonish look that most people adore. But Apex Legends is a game where everything seems really realistic. There is nothing unrealistic exists in this game. So it will depend on your personal preferences that which one you like most.
First Person vs Third Person
Both games are called First Person Shooting or FPS games. But in reality, Fortnite is not fully a First-Person game, most of the time it is played as a third-person game. It means you can see your character most of the time & also can customize it. On the other hand, Apex Legends is a traditional First Person game where you can not see your character while on the battlefield.
Strategy & Building
Apex Legends is a strategy game where you need to show your skill on the battlefield & kill enemies. There is nothing you need to build in this game. But in Fortnite, there are lots of things you can build. You cantrap or block your enemy or even run from your enemy by building things in Fortnite. Turbo buildings in Fortnite can block rain of bullets from an enemy gun. This feature makes Fortnite different from other Battle Royale games but also makes it a bit critical. Many people like this creative gameplay & many do not. On the other hand, Apex Legends does not feature this. Gamers who use to play Apex Legends are happy because there is no building issue here otherwise it would be more complicated according to them.
Characters
Apex Legends characters are really legends in the game. Each character bears a unique background story. They had family, friends, love & many other things they have lost. Each character has unique characteristics & personalities. You canâ€™t customize those characters that much. On the other hand characters in Fortnite do not have any of these. Those characters are fully customizable, they are funny, they can dance for you & entertain you. You can customize your character however you want. You can also buy different famous characters here related to other programs.
Team Work
Teamwork is everything in Apex Legends. If you want to play this game then you must join your team to go on a mission. Team strategy is all the way to victory here. Best Players of Apex Legends in The World also play in different teams like TSM (Team SoloMid) for successful gameplay. Without your full team's effort, you can not be victorious. On the other hand in Fortnite, you have both options to play on a team of Best Fortnite Players or solo & also duos. You can play in a creative mood as well to build your own place & keep playing on your own.
Weapons
When both games start, you need to look for your weapon to continue your battle. Finding the best weapon is the key to win here. But there is a key difference between the customization of the weapons in both games. In Apex Legends you just not pick your weapon, but also you can find & pick up customization skills & attachments for your weapon. Thus you can customize your weapon just as you need. While running or going down from the top you can customize or add attachments to your weapon. Unfortunately in Fortnite, you do not have this feature. The att 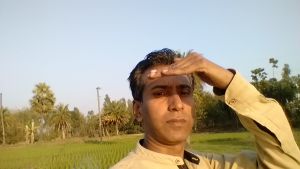