Commercial segment is booming in Noida

Noida is primarily popularized as the residential hub for the affordable to mid-segment, but the place is turning out to be a commercial hub too.

When an area's residential population begins to rise, the movement of the commercial segment becomes evident. Noida is experiencing the same phenomenon as the need to provide commercial facilities is gaining a voice. To help the people, social infrastructures such as malls, shopping centres, malls, restaurants, and offices are coming up; infrastructural changes such as comprehensive metro and road connections, announcements such as Jewar Airport and Film City are coming up.

Greater Noida Industrial Development Authority’s (GNIDA) decision to assign six acres in Techzone 4 to a Japanese company to set up a 70 MW data centre is expected to transform the region into an attractive data centre hub due to infrastructure availability and to help the company decentralize from conventional strongholds in Mumbai and Chennai. Real estate markets in the area are also expected to be boosted; this would be the second data centre project here after 20 acres in Knowledge Park 5 was given to a real estate firm to set up a 200 MW data centre. With such announcements, individuals are showing more interest in the region and thus increasing the need for business. With commercial ventures, such as Gulshan One29 in Sector 129, the Noida skyline is shifting. In Noida, including all developers' projects, there will be an investment of more than Rs 10,000 crore over the next four years in the commercial segment. Since several commercial  projects in Noida are coming up in this area, such as malls, shopping centres, restaurants, office spaces, etc., over the next two to three years, there would be 15-20 percent growth in commercial real estate. Several group housing societies have been delivered to Noida in the last few years, leading to the need for a large number of commercial spaces.

Speaking of the commercial occupancy level in Noida, it can be said that it has increased in the last five years. The area provides larger spaces to occupiers at competitive prices and is often one of the favoured commercial real estate choices in this micro-market. It was bound to happen as residential growth accompanied commercial development. The projects in noida expressway are gaining momentum with retail stores, banquets, multiplexes, and restaurants. The lease model, which is working wonders for the commercial segment here, is the preferred option of realtors.

The government lowered the circle rates here in August 2019 to make it more investor-friendly. The reduction for floor-wise commercial property is 21 percent, and for individual commercial property, 21.5 percent. In addition, the central government provides new start-ups with tax relief for a term of three years from the date of their commencement of operations. These all suggest unparalleled investment advantages. As an attractive investment proposition, commercial real estate has emerged for private investors as well as institutional funds.

With connectivity growing through the expansion of NH-24 and the presence of expressways, Noida is becoming a hub for commercial development. Hence, it is attracting the attention of developers with sound credentials in retail and commercial property development. As a result, the region is experiencing a growing number of launches and leases of ongoing and upcoming commercial projects in Noida Expressway.

With distinctive and dedicated precincts for fun, food, fashion and work, Gulshan One29, is truly not just a destination but an experience of a lifetime.
realestate   commercial property 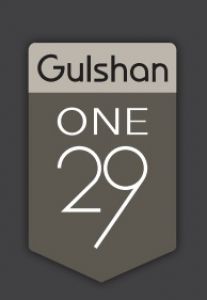