HOME > Articles >  Sports >  How Cheaters in PUBG Ruin Your Game?

How Cheaters in PUBG Ruin Your Game?

Cheating in PUBG has increased over the past six months and most of the players have this issue on the top of their complaint lists.
Cheating in PUBG has increased over the past six months and most of the players have this issue on the top of their complaint lists. The main question is how to combat these cheaters and stop them from ruining your game?
Cheating in online games is not new and there are several instances of cheating in many of the popular online games. You may have seen gold farming bots in World of Warcraft and also mining bots in EVE Online. Although they exist in the past, they have a lesser impact on these games as compared to their impact on player unknown's Battlegrounds.
Wallhacks, Aimbots and ESP
During the first several months of PUBG's access, cheating was rarely encountered by the players, But as the game grew massively and when its popularity grew cheating became an everyday routine. You may have encountered cheaters on at least a dozen occasions, most probably while playing on the Erangel map covered with fog.
For instance, suppose that you have encountered that the map is covered with fog and the visibility is almost zero but there are few players left in the match. You run through the fog and just crouched behind a rock when someone opened fire on you. All of the shots were hitting on the rock from opposite sides and you realize that the shots were coming from 500 meters away.
One thing you have to notice is that no one could see you through that dense fog from that distance. The only way that this person can see you is through cheating.
Why do people cheat?
The only way to defeat a cheater in PUBG is to have superior skills with a finger sleeve for gaming that will enhance your aiming skills.
The truth is that a player having average skills stands little or no chance against cheaters. They use wallhacks to see through the walls and can shoot you through the wall. They also use aimbots for perfect headshots from a ridiculous distance.
Even the ESP hacks allow a cheater to tag and follow the players and attack them before they get noticed by other players.
One of the hacks allows the player to run faster than a moving car, while other hacks give the player a bird's perspective of the map.
The answer to the question of why the players cheat is not the same for every player. As some want to be number one in the game in any circumstances, while others just want to see the world burn.
Although PUBG runs a program called BattlEye that protects players from hacks and cheaters, they are not sufficient as the new cheaters having new techniques take the place of old ones.
Why are there so many cheaters in PUBG?
Have you ever wondered why there are so many cheaters in PUBG? It's simple as many of them do it for a better game and others do it for money.
Many amateur game cheaters strive to make their game better and they love trolling other players. We have called them amateur as they are not good at cheating and they don't have any financial purpose behind cheating.
A lot of players get frustrated by the game as they don't have the ability to rank higher in the game. So, they start cheating and using hacks to improve their game and get better results.
There are other professional cheaters who do cheating to rack up BP points and buy crates. Decent loot by them can bring in around $10. Most of the players cheat to earn a living from it while playing all day long to make money on crates.
Conclusion:
It is expected that PUBG will have cheating issues pretty much like any other online game, but we are also hoping that this problem will be significantly reduced by constant vigilance and better detection.
If you play PUBG on your desktop or laptop then you must use a gaming mousepad that will enhance your gaming skills including your aiming.

Hi, I am shruti kumari, I love playing multiplayer games online. I play Pubg and Free-fire most of the time on my mobile. For gaming peripherals, you can rely on Spinbot gaming gears. It has a gaming trigger for pubg and also a phone cooler for gaming devices. Both of these products will help to increase your performance in the game.
gaming trigger for pubg 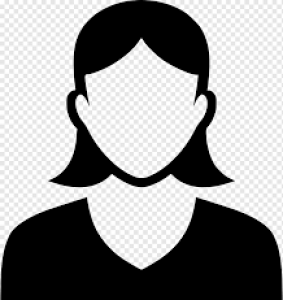 Hi, I am shruti kumari, I love playing multiplayer games online. I play Pubg and Free-fire most of the time on my mobile. For gaming peripherals, you can rely on Spinbot gaming gears. It has a gaming ..