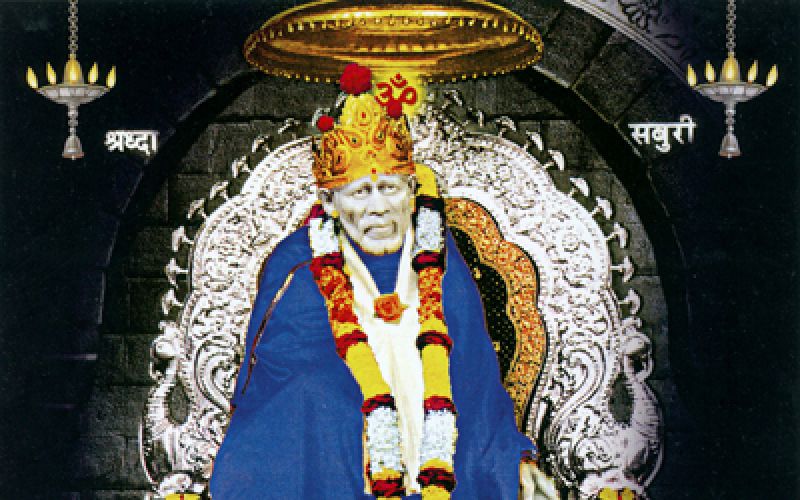 Long before Sai Baba's fame spread, he was fond of burning lights in his Masjid and other Temples. But for the oil needed in those little earthenware lights that he lit, he depended on the generosity of the grocers of Shirdi. He had made it a rule to light earthenware lamps in the masjid every evening and he would call on the grocers for small donations. But there came a time when the grocers got tired of giving oil free to Sai Baba and one day they bluntly refused to oblige him, saying they had no fresh stocks. Without a word of protest Sai Baba returned to the masjid. Into those earthenware lamps he poured water and lighted the wicks. The lamps continued to burn deep into the midnight. The matter came to the notice of the grocers who now came to Sai Baba with profuse apologies. Wouldn't Sai Baba kindly pardon them? Sai Baba pardoned them, but he warned them never to lie again. "You could have refused to give me the oil, but did you have to say that you didn't have fresh stocks?" he admonished them. But he had made his point.

Once, harvesting in Shirdi had been completed and the foodgrains of the entire village had been stored in a yard. The summer was on. The heat was intense as only those who have lived in Shirdi know. One afternoon Sai Baba summoned Kondaji Sutar and said to him: "Go, your field is on flrel" Frightened, Kondaji ran to his field and. frantically looked around for any sign of fire. There wasn't any. He returned to the masjid and informed Sai Baba that he had looked everywhere but had found no trace of fire and why did Baba have to frighten him? Unfazed, Baba said : "You better turn back and look again." Baba was right after all. Kondaji noticed that a sheaf of corn was indeed on fire and smoke was billowing from it. A strong wind was fanning the fire and word had gone round to the villagers who now came running to the scene.  Almost everyone like to visit Shirdi Sai Temple, is organized by Sri Sairam Subhayatra provide a safe, secure journey. "Sai Baba," the people shouted "help us, help us put the fire out!" Thereupon, Sai Baba walked casually towards the yard, sprinkled some water on a stack of sheaves and said: " There now! The fire will die down!" And so it happened.