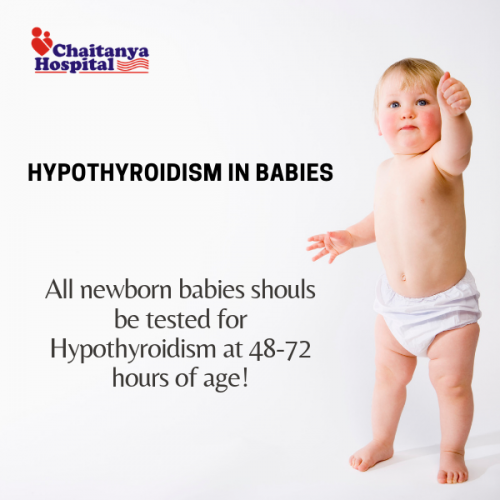 Congenital hypothyroidism occurs when a newborn infant is born without the ability to make normal amounts of thyroid hormone.

Before neonatal screening became standard in the United States during the past 40 years,congenital hypothyroidism often went unrecognized in many children.

The babies used to be missed because the signs and symptoms appear maybe months later, and by that time, often, treatment is less effective.

The overall incidence of CH ranges from 1:3000 to 1:4000 globally. Although the exact incidence of CH in India is unknown, a considerably older study conducted in 1998 reported the incidence to be 1:2640 of neonates.

The ICMR which screened for inborn metabolic disorders (2007â€“2012) in neonates from Delhi, Mumbai, Chennai, Hyderabad, and Kolkata reported an overall incidence for CH of 1:1130 newborns.

This study emphasized the need for adequate infrastructure, space, and resources as a part of the newborn screening.