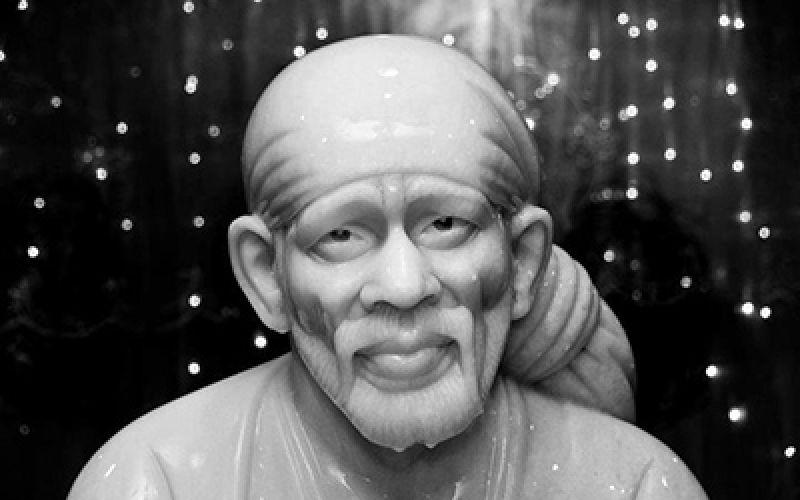 Shri Sai Baba of Shirdi lived in Shirdi, a small village in the state of Maharashtra in India, for about sixty years between 1858 to 1918. Earlier He was at and around Shirdi for about two years between 1852 and 1854. When He first arrived He was in a God-intoxicated state, without any consciousness of His own body, of society or of time. He used to sit and meditate under a neem (margosa) tree, wander around and live all by Himself. A kind village woman called Bayaji took pity on Him and used to search Him out and force Him to eat. One day in 1854, He suddenly disappeared, only to reappear in 1858. No one knows where He was and what He did during this period.

The exact date and place of birth, family name and parentage of Baba are still shrouded in mystery, although researchers speculate that He was born in a village called Pathri now in Maharashtra (India), somewhere between 1835 and 1838. Whether He was a Hindu or a Muslim is still not clear, because Baba never encouraged questions on such issues. He sported a beard and moustache, donned a long robe and hand gear and head gear like some of the Sufis, and yet had a perforation in the ears like the Hindus. He spoke in Urdu, Hindi, Maharashtrian and some South Indian languages. He participated in Hindu and Muslim festivals. His approach in short, was universal and humanitarian.

On the second arrival, He stayed in a dilapidated mosque on the outskirts of Shirdi for about sixty years, although He spent some nights in an adjacent place called Chawdi. He used to be visited by some fakirs and Sufis and also Hindu sadhus. He used to beg in a few houses daily in Shirdi and share His food with dogs, birds and poor people. For some time He used to treat people by administering some kind of herbal medicine. His name spread gradually to many parts of India and hundreds of visitors started coming to Shirdi every day, as if visiting a temple. Their experiences with Sai spread his name further and became the folk lore of that time. Worship of Shri Sai and the composition of devotional songs about Him started then. The mosque known as Dwarkamayee looked like the court of a king, with thousands of people appearing before Baba for help and the Sadguru helping them every day.

Shri Sai renovated the mosque and the temples in Shirdi and got the village well cleaned. Baba planted trees with His own hands on a piece of land which is now known as Lendibagh garden. He created an atmosphere of mutual support covering all aspect of social life in the villages. He participated in all religious festivals, encouraged group dining and group worship to bring all the devotees together. He got built three rest houses called wadas with the help of His devotees. These rest houses, called Sathewada, Butiwada and Dixitwada were built for the convenience of the visiting devotees. At times Shri Sai even used to cook food Himself and serve the devotees, and cured their sickness by giving the sacred ash from his fireplace calle""