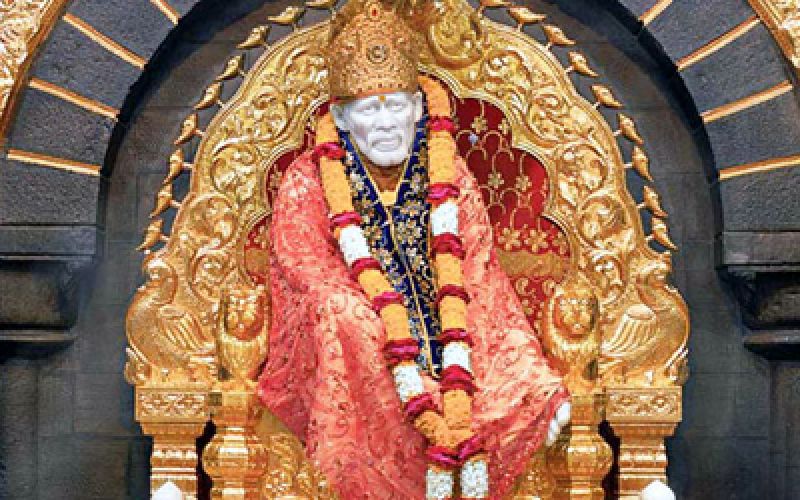 Sai Baba’s origin is completely unknown to this day. He did not disclose to anyone where he was born nor where he grew up. Because of his unknown past, various communities have claimed that he belongs to them. Nothing has been substantiated, however. It is known that he spent considerable period with fakirs. His attire resembled that of a Muslim fakir. He regularly visited mosques and ate meat as well.

Baba reportedly arrived at the village of Shirdi in the Ahmednagar district of Maharashtra, India, when he was about sixteen years old. Although there is no agreement among biographers about the date of this event, it is generally accepted that Baba stayed in Shirdi for three years, disappeared for a year and returned permanently around 1858, which posits a possible birth year of 1838.He led an ascetic life, sitting motionless under a neem tree and meditating while sitting in an asana. The Sai Satcharita recounts the reaction of the villagers

His presence attracted the curiosity of the villagers and the religiously-inclined such as Mhalsapati, Appa Jogle and Kashinatha regularly visited him, while others such as the village children considered him mad and threw stones at him.After some time he left the village, and it is unknown where he stayed at that time or what happened to him. However, there are some indications that he met with many saints and fakirs, and worked as a weaver; he claimed to have fought with the army of Rani Lakshmibai of Jhansi during the Indian Rebellion of 1857.

In 1858 Sai Baba returned to Shirdi with Chand Patil’s wedding procession. After alighting near the Khandoba temple he was greeted with the words “Ya Sai” (welcome saint) by the temple priest Mhalsapati. The name Sai stuck to him and some time later he started being known as Sai Baba. It was around this time that Baba adopted his famous style of dress, consisting of a knee-length one-piece robe (kafni) and a cloth cap. Ramgir Bua, a devotee, testified that Baba was dressed li""