HOME >  news >   US mid-term polls are a referendum on Trump

US mid-term polls are a referendum on Trump 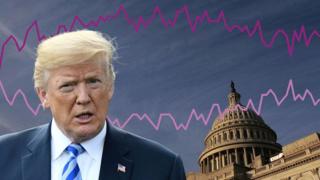 Just as in the legislative arena, the party that controls Congress will have a limited impact on India.
On November 6, the mid-term Congressional elections will be held in the United States. And because of the growing polarisation and partisanship within the country, these mid-terms will be quite important.

The US Congress has two chambers: the House (435 members, with its distribution based on the population of states) and the Senate (100 members, two each for the 50 states).

Trump supporters and opposers sharply differ over his performance as President, and, for that reason, these mid-terms become pivotal.While the candidatesâ€™ qualifications and local issues will largely decide the elections, it will also be considered as a referendum on Trumpâ€™s presidency.

In mid-August, the polling firms were projecting that the odds were approximately 50-50 for both the parties wining the majority in the House. Another research firm set the odds of the Democrats winning control of the House at five out of seven and the Republicans at two out of seven.

The bottom line is that the experts give the Democrats the edge for winning back the House. Given the results of the most recent polling, it wonâ€™t be surprising to see the Democrats actually win big nationally in the House. The recent conviction of Paul Manafort, the Presidentâ€™s campaign manager, for bank and tax fraud, and Michael Cohen, the Presidentâ€™s personal attorney and â€œfixerâ€, pleading guilty to several criminal charges related to his financial malfeasance, will only help the Democrats.