Airships Market is Estimated to Reach $320 Million by 2025

"Airships Market report published by Accurize Market Research forecast that the global market is expected to reach $320 Million by 2025".

Airships Market report published by Accurize Market Research forecast that the global market is expected to reach $320 Million by 2025; growing at a CAGR of 7.2% from 2017 to 2025. By geography, Asia Pacific and RoW are expected to grow at a CAGR of 8.7% and 7.6%, respectively, during the forecast period.

Increasing necessity for continuous surveillance, along with low operational cost could support the growth of the airships market. Moreover, high adoption in advertisement owing to its ability to stay up in the air and target larger audience also boosts the growth of the market.

By geography, the global airships market has been divided into North America, Europe, Asia-Pacific and RoW. The U.S., Canada and Mexico are covered under North America wherein Europe covers U.K., Germany, France, Italy and others. Asia-Pacific covers China, India, Japan, South Korea and others. Rest of the World (RoW) covers South America, Middle East and Africa.

"Non-rigid and semi-rigid accounted for the largest market share in the structure type segment", says Accurize

Non-rigid and semi-rigid accounted for the market share of 43% and 34.% respectively, 2017. Likewise, applications are segmented into commercial tours, surveillance, research, cargo transport and others. Advertisement held the largest share in global airships market in 2017 and also expected to grow at the highest CAGR of 7.8% between 2017 and 2025.

North America holds the largest share of the market with 34% followed by Europe with 27%, in the year 2017. Asia-Pacific is the fastest growing region in the global airships market, owning to growing penetration of airships in emerging economi 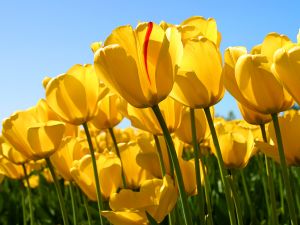