Title : Peer-to-Peer Payment Systems and Their Role in 2020

We live in an era of digitization. You can shop for things, make hotel bookings, reserve movie tickets or hold meetings all by sitting on your couch in the comfort of your own home. Smartphones play a very huge role in all this. In addition to this, smartphones have become a part of our financial […]

The post Peer-to-Peer Payment Systems and Their Role in 2020 appeared first on Wiinnova Software Labs.

Title : How Travel Apps Can Be Used To Engage Customers

Technology has transformed the way people interact with their mobile phones. They turn to their phones for answers for just about anything under the sun or as a matter of fact, even beyond it. Mundane day to day activities to complex business meetings are conducted on mobile phones, thanks to the technological advancements in this […]

The post How Travel Apps Can Be Used To Engage Customers appeared first on Wiinnova Software Labs.

5G or fifth generation of wireless technology is steadily making its mark among the mobile network users. It is the fastest and the most robust technology that the world has seen so far. This is exciting news for the consumers as well as the developers, carriers and tech-enterprises. As far as mobile application development companies […]

Title : Android 11 Beta – Everything you need to know

There is exciting news for all Android users with the launch of Android 11. The Beta of Android 11 is focused on three key themes: People, Controls and Privacy. A range of new features like priority notifications, media playback controls, messaging app bubbles were announced for Android Beta 11. We have rounded up all the […]

The post Android 11 Beta – Everything you need to know appeared first on Wiinnova Software Labs.

At the WWDC on June 22, 2020, Apple announced the latest version of its operating system, iOS 14. It is set to be released this fall. A public beta version should be out in July. One of Apple’s biggest updates till date, iOS 14 is bringing in radical changes to the Home Screen design. It […]

Title : iOS 13 – Features and Improvements. What’s in it for developers!

Apple introduced iOS 13 at the keynote event on June 13, 2019 at the Worldwide Developers Conference. As with all new OS roll outs, Apple has brought in a huge overhaul to the iOS. iOS 13 comes loaded with a large number of features including system wide Dark mode, faster app launches and many […]

The post iOS 13 – Features and Improvements. What’s in it for developers! appeared first on Wiinnova Software Labs.

Title : The Importance of Accessibility in Mobile App Development

All the advancements in technology should be easily accessible to every person on the broad spectrum of ability. There are more than a billion people with some sort of disability on the face of the earth, according to reports from WHO. Mobile phones have become a vital part of our day-to-day lives and so all […]

The post The Importance of Accessibility in Mobile App Development appeared first on Wiinnova Software Labs.

The attack of COVID 19 and the precautionary social isolation measures has impacted the way a consumer uses technology. The world is grappling with the situation of staying put in their homes. An unprecedented shut down of this scale has affected the global economy. But with their known physical world, slowly ebbing away, people are […]

When the first smartphone was launched for the general public in 1994, nobody could have predicted that this simple device would evolve to become an integral a part of our life. Currently there are 2.1 billion mobile users. In 2020, the number is expected to cross the 5 billion mark. As the number of mobile phone […]

Title : How to choose the best mobile app development company? A guide for businesses.

It is difficult to imagine human life without a smartphone in the 21st century. This is probably because of the presence of a mobile phone application for every possible human need: from keeping a tab of our habits to changing the colour of our bedroom light, you name it and there probably exists an app […]

The post How to choose the best mobile app development company? A guide for businesses. appeared first on Wiinnova Software Labs. 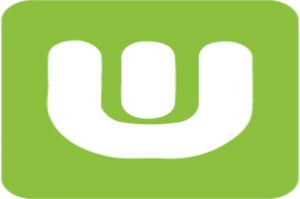 Wiinnova is a top-rated mobile app development company in Kerala, India, specialized in Android and iPhone apps for enterprises as well as startups. Our app developers have expertise in developing web..