Title : What’s Ahead At The G20 Leaders Summit In Italy?

The post What’s Ahead At The G20 Leaders Summit In Italy? appeared first on Global Economic Report.

October 21, 2021—Unlike the competition with the Soviet Union during the Cold War, the U.S. competition with China today “spans virtually every domain there is,” CIA Director William Burns said on Wednesday. It is not just in a military sphere where the two largest economies compete, it is in the technological, social and political spaces […]

Crackdown On Chinese-Based Technology Indicates A Turning Point In Industry Collaboration October 21, 2021—The U.S. House of Representatives passed a series of bipartisan bills yesterday intended to protect the U.S. communications industry and consumers from foreign security risks. The Secure Equipment Act would instruct the Federal Communications Commission to “no longer review or approve” radio-frequency […]

Powell Achieved Success With Optimism, Focus And Hard Work October 20, 2021—Colin Powell served the United States as a soldier, a national security adviser, chairman of the Joint Chief of Staff, and the nation’s top diplomat as Secretary of State from 2001-2005. While intensely popular for his leadership skills and political moderation, he shied away […]

October 19, 2021—In another indication of global disintegration, Russia severed its ties with the 30-member NATO alliance. Russia’s Foreign Minister Sergey Lavrov announced the country’s withdrawal on Monday. It came in reaction to NATO expelling eight Russian diplomats from Russia’s mission to the alliance earlier this month. NATO had accused the representatives of spying on […]

Alex Saab Faces Charges Of Money Laundering, Bribery Corruption October 18, 2021—After months in prison in Cape Verde, Alex Saab finally crossed the Atlantic on Saturday under extradition orders by the United States. Today, he appeared in federal court in Miami, Florida, where he faces charges of violations of the Foreign Corrupt Practices Act. Specifically, […]

Execs Say ‘Metaverse’ Will Replace The Internet With New Digital World October 18, 2021—Undaunted by criticism by lawmakers and former workers about the company’s policies, Facebook is planning to build a massive virtual-reality platform called “metaverse.” According to the tech giant, the metaverse is “a new phase of interconnected virtual experiences.” What’s interesting is that […]

Consumer Protection, Antitrust, Removal Of Liability Protections Are In-Play October 16, 2021—As the pressure grows to regulate the social media industry, lawmakers are drafting numerous bills that would impact social media platforms such as Facebook, Instagram, WhatsApp, and Twitter and their users. This comes in the wake of revelations made by an ex-Facebook employee turned […]

October 15, 2021—Since the Taliban took over Afghanistan, women in the country are showing bravery against a backdrop of severe restrictions against normal life. “Women are not giving up, they are protesting for their rights which are in line with our religion and international human rights.” – Samira Hamidi Broken Promises Early on, the Taliban […] 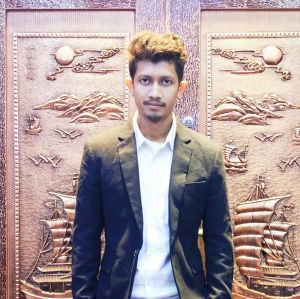