The 2022 MLB season for the Arizona Diamondbacks was one to be excited about. This season, the results did not show what fans wanted to see. However, the potential shown by this franchise moving forward has fans ecstatic. The Diamondbacks put out tons of youth onto the field, most of which performed huge under the […]

The Arizona Diamondbacks announced Monday afternoon that they optioned OF Alek Thomas to Triple-A Reno. Additionally, the Diamondbacks reinstated OF Jake McCarthy from the Bereavement list. Alek Thomas was originally drafted by Arizona in the second round of the 2018 MLB draft. However, it was not until earlier this season that Alek was brought up […]

Last night Drey Jameson started his second Major League game against the best team in baseball, the Los Angeles Dodgers. How did he do? Phenomenal! Drey Jameson Led Diamondbacks to Victory Jameson pitched 5 innings without giving up a run. In total he pitched 6 complete innings giving up 7 hits, 2 runs while striking […]

Merrill Kelly had been one of the most dominant pitchers in the MLB since late June, unless he plays the Los Angeles Dodgers. Merrill Kelly continues to struggle against the Dodgers, last night was no different. He pitched a complete 6 innings giving up all 5 of the Dodgers runs. Merrill Kelly Last Night In […]

Rookie Drey Jameson was called up for his first Major League Start today against the San Diego Padres. Which could be the scariest lineup in the league to face, and for him to come out and pitch the way he did had me at a lost for words. After picking my jaw up off the […]

The 25 years old right handed starting pitcher is set to make is Major League debut on Thursday night for the Arizona Diamondbacks. The D-Backs will start a 4 game series against the San Diego Padres. Drey Jameson welcome to the big leagues. You can't forget about Drey.@JamesonDrey is set to make his @MLB debut […]

Title : Diamondbacks Get Shut Out Two Days in a Row

The Arizona Diamondbacks are 2 games into a 3 game series against the Los Angeles Dodgers. After a tough 6-0 loss on Monday that was a much closer game than the score would suggest. The Diamondbacks get shut out two days in a row. Where is the Offense? In a weekend series against Colorado where […]

The post Diamondbacks Get Shut Out Two Days in a Row appeared first on Burn City Sports.

Ryne Nelson pitched in his second MLB game tonight against arguably the best lineup in baseball, the Los Angeles Dodgers. He came out and showed the world that Ryne Nelson is the Real Deal. Nelly nasty. pic.twitter.com/aOz8t6QSu4 — Arizona Diamondbacks (@Dbacks) September 13, 2022 Ryne Nelson: In his first ever start he pitched 7 complete […]

Starting Monday night, after a weekend in Colorado scoring runs like a football team, the Arizona Diamondbacks get set to take on the Los Angeles Dodgers in a 3 game series. Perfect Timing: The D-Backs coming off of a series in Colorado should have our confidence boosted a little bit, at least on the offensive […] 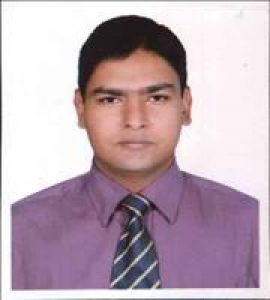